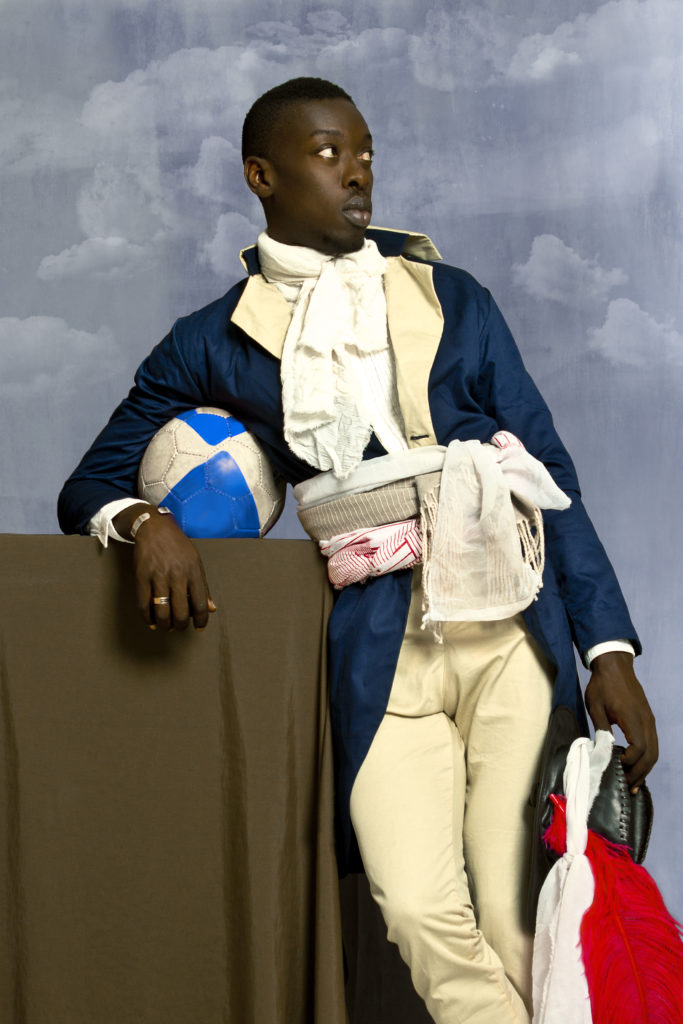 This image is a tribute to Jean Baptiste Belley, a Senegalese slave who was taken to the French West Indies at the age of two and who later bought his own freedom with his savings. He joined the French Revolution in 1789 and became the first black member of the first French Parliament. His story is an inspiring narrative of hope, resilience and struggle for freedom and equality.

The photographer decided to place a soccer ball in his re-interpretation of Anne Louis Girodet’s painting, because he believes that sports in general and soccer in particular, have always been a means through which exceptional individuals have reached a level of influence that has positively impacted the interactions between societies, cultures and continents, just like this hero: Jean Baptiste Belley.