The Scottish photographer, in the Photo Award category, and the Spanish artist, for the Project Award, were those chosen by the jury of the international awards organised by the Club 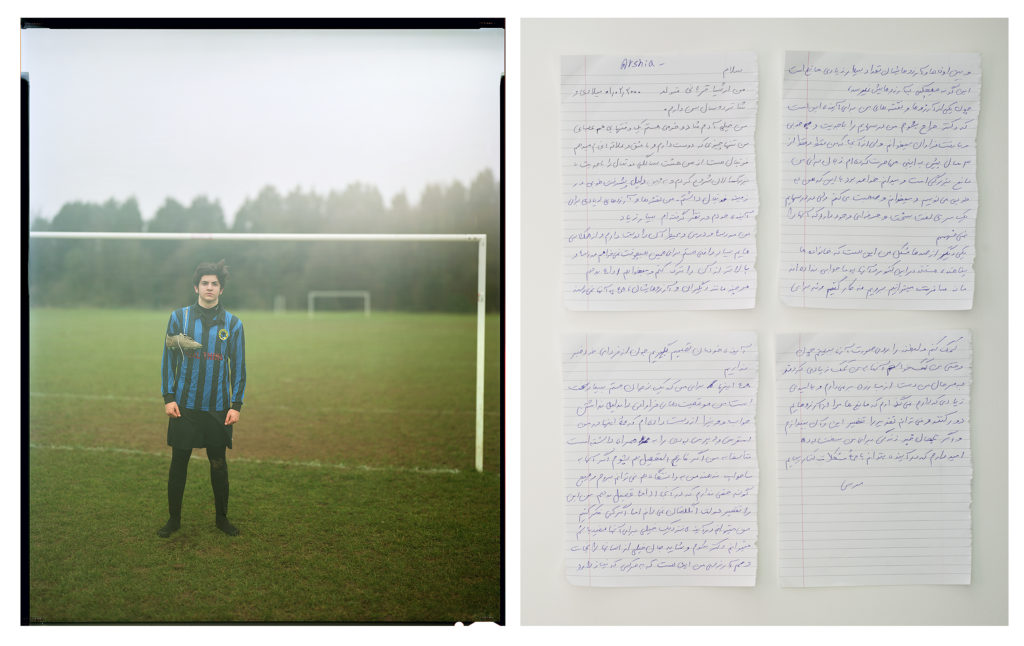 Well-known Scottish photographer Craig Easton and Spanish artist Cristina de Middel have been chosen as the winners of the first edition of the FCBarcelona Photo Awards, as selected by the internationally acclaimed jury. The Jury assessed the sensibility of the awarded pieces of work that manage to unite the world of sport and visual arts. This is one of the objectives of FC Barcelona, who for the first time have organised these awards, with tbe support from Agbar and the collaboration of the Foto Colectania Foundation.

Easton, with an image that belongs to his project called Sixteen, is chosen in the Photo Award category, which focuses on photographs which express the positive values of sport. The Project Award category is addressed to projects that express the contribution of sport to current society, as is the case with Variations on the Podium, produced by winner Cristina de Middel.

Highlighting these positive values, common in sport and culture, FC Barcelona’s photography awards seek to create a global photographic platform that communicates the importance and the contribution of these universal values to the current society. The awards also aim to support the photography industry and create a favourable environment for the development of projects of the highest level.

Craig Easton and the story of Arshia 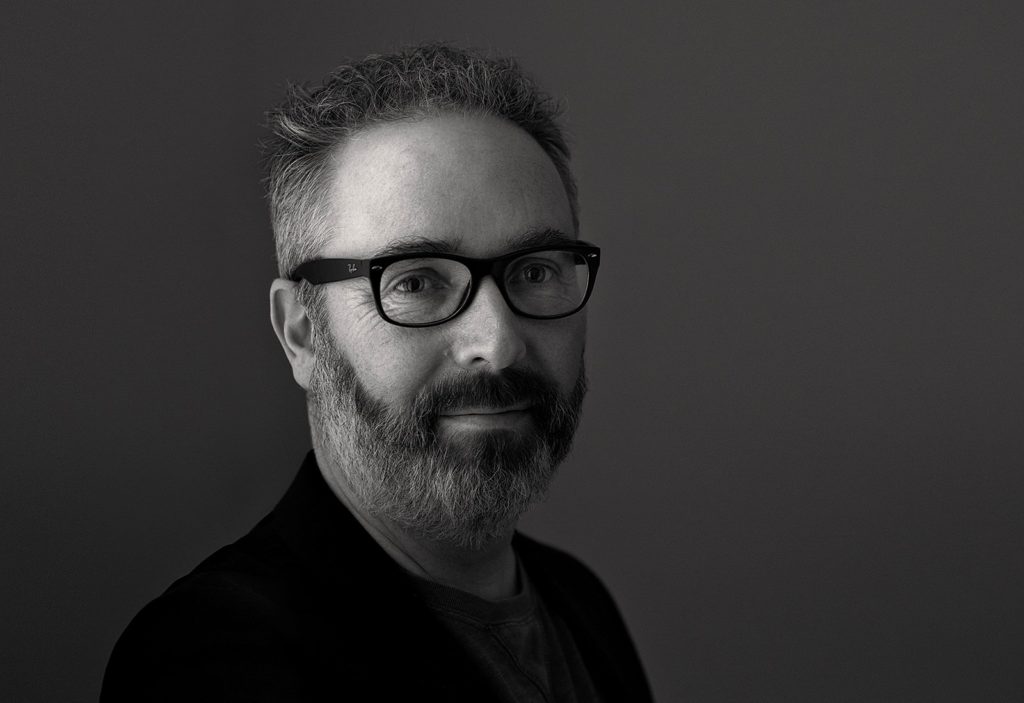 He has a passion for giving voice to his characters and works with them on many projects, so much so that the model can write his own testimony along with his image. The jury admired the “the sensitivity of the photo and its relevance to the issues of migration in today’s society, as well as additional creativity to focus on the autobiographical story of the protagonists in an unconventional way.”

The image shows Arshia, a young Iranian asylum seeker, who lives in Liverpool, in anticipation of his refugee status assessment. Not only does he trie to integrate into his new environment by learning English and continuing his school education, but also by playing for Kingsley United in Toxteth, known as Liverpool’s “most diverse” team. Football helps him to find new friends and feel accepted. Arshia is 16 years old and tells his own story in a handwritten text in his native language, Farsi, which is presented in the image next to his portrait.

Cristina de Middel and the ‘Variations on the Podium’ project

Cristina De Middel, an artist born in Alicante, has exhibited her work in Les Rencontres de la Photographie d´Arles, PHotoEspaña, the Festival Images in Vevey (Switzerland) as well as in numerous fairs and galleries around the world. In 2013 she became a finalist of the Deutsche Börse photography prize. She also received the Infinity Award from the International Center of Photography in New York for the best publication of 2013.

The jury, with the premise of awarding the photographic project which best expresses the intrinsic values to sport and its contribution to current society, says that we have “an artist with a distinguished history of communicating her ideas and turning them into reality”. An affirmation of the artist was also highlighted: “There are few things that better symbolize the paradox inherent in sport like the podium.” 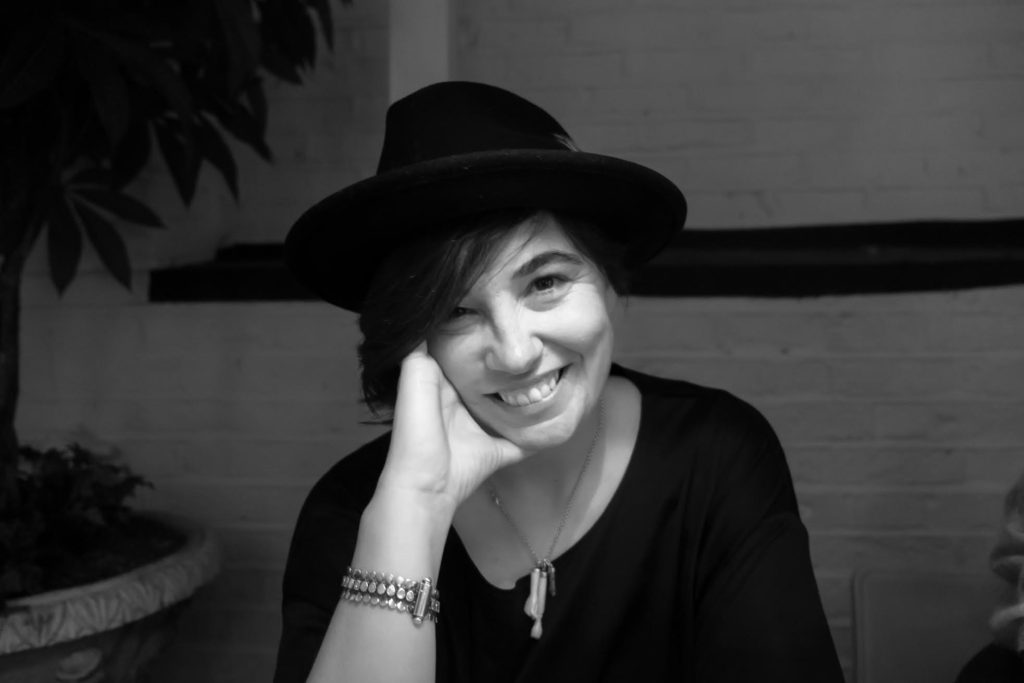 Cristina de Middel was the chosen winner for her project Variations on the Podium, which explores the idea, form, connotations and history of the “podium” project. Through this exploration the work reflects on the paradox of sports, where the balance between self-improvement and professional competition is fundamental. The jury took into account that the photography proposal “is positive, but with a touch of irony, and becomes a universal symbol of sport in a very cheerful creative process”. Another reason for why this project was chosen was due to it complying with FC Barcelona’s objective of “unifying the world of sport with the world of visual arts”. The project will run from May to December 2017 and exhibited on 2018, alongside the winning photos of the category Photo Awards of the next edition of the Prizes.

The two winners were chosen by an internationally renowned jury. Figures such as Vicente Todolí, former director of the Tate Modern London and artistic director to Hangar Bicocca of Milan; Ayperi Karabuda Ecer, former vice-president of photography of the Reuters agency; Azu, Nwagbogu, founder and director of African Artists’ Foundation (AFF); Sandra Phillips, Senior Curator Emeritus of MOMA in San Francisco; Christopher Anderson, member of Magnum Photos and winner of the Robert Capa Gold Medal, and Stephen Mayes, who has more than 25 years of experience as a manager of projects and artists from different sectors, have endorsed this ambitious project of the Club, under Barça Cultura initiative culture promoted by the Department of International and Institutional Relations of the Club. 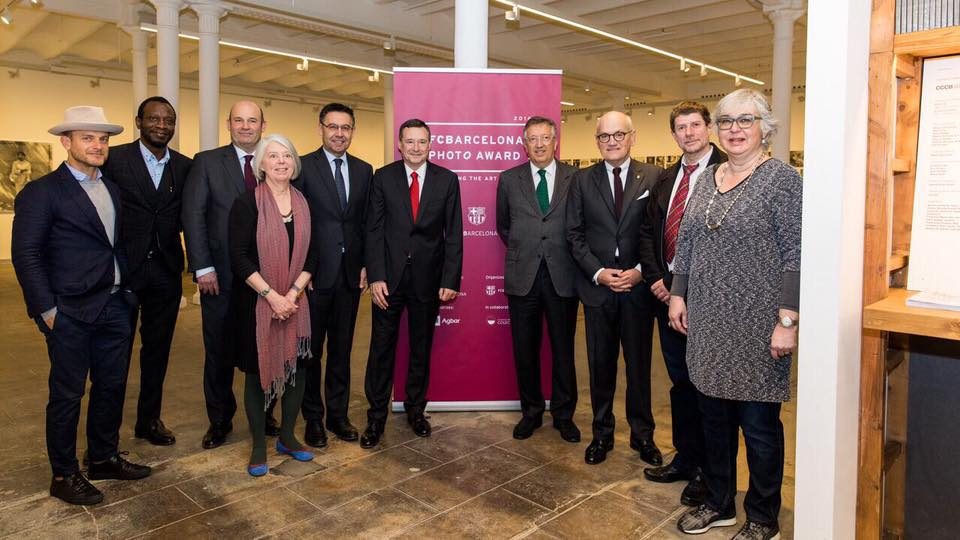 The award ceremony to be held in June

The club will make every effort to spread the word on a global level about the winning pieces, and will carry out various promotional events in various cities in Europe, the United States and Asia.

The microsite of the Club’s website contains all of the information about the awards, the jury and the legal terms and conditions for participation: www.photoawards.fcbarcelona.com

“Here at FC Barcelona, we are very satisfied with how this first edition of the FCBarcelona Photo Awards went. There was a very high level of participation and the quality of all the work presented was extraordinary. Photographers from all over the world took part, and we are very pleased with this initiative, which we embarked on two years ago.”

“We admire the sensibility of the project and its relevance to the issues of migration in today’s society, as well as additional creativity to focus on the autobiographical story of the protagonists in an unconventional way.”

“We are looking at an artist with a distinguished history of communicating her ideas and turning them into reality. The proposal is positive but with a touch of irony, and becomes a universal symbol of sport in a very cheerful creative process. There are few things that better symbolize the paradox inherent in sport like the podium. It complies with FC Barcelona’s objective of unifying the world of sport with the world of visual arts.”