PRESENTATION OF THE FCBARCELONA PHOTO AWARDS IN BARCELONA

PRESENTATION OF THE FCBARCELONA PHOTO AWARDS IN BARCELONA

The President of the Club, Josep Maria Bartomeu and the Vice President, Carles Vilarrubí reaffirm the cultural ambition of the club, beyond sports 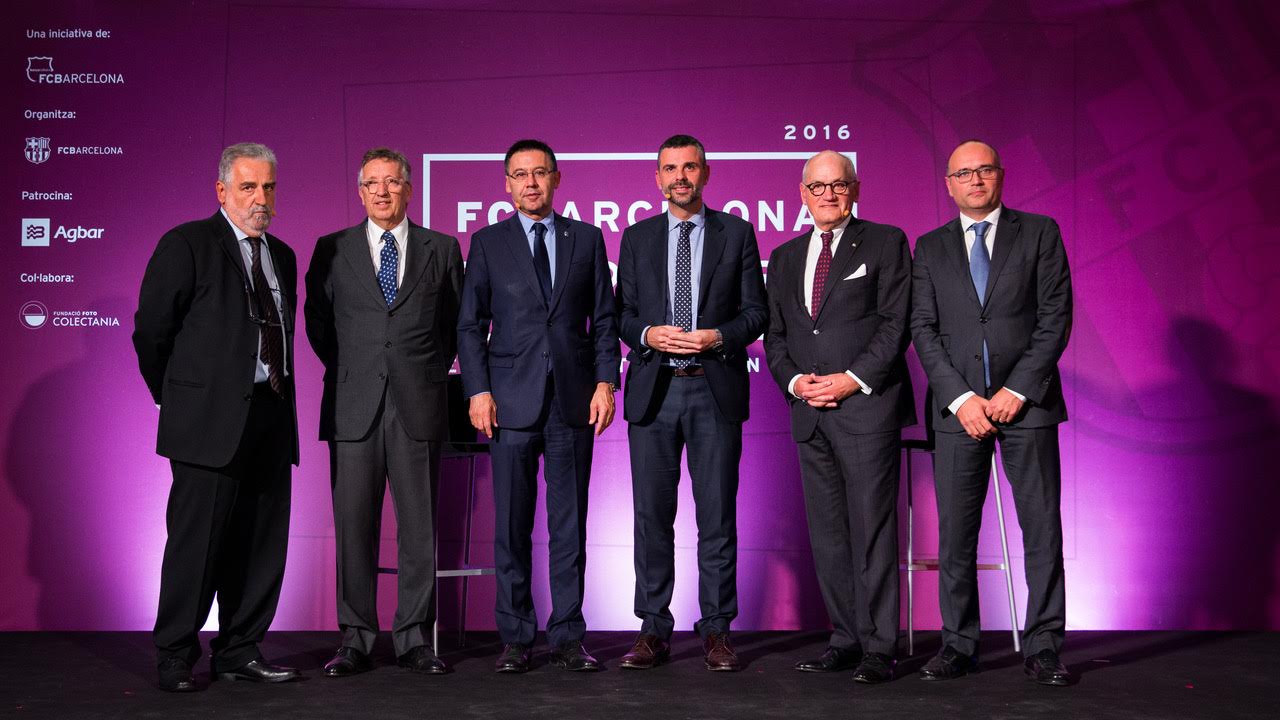 The FCBARCELONA PHOTO AWARDS were presented yesterday in Barcelona, in a ceremony in which culture and sport have been the absolute protagonists.

The journalist and writer Rafael Nadal has led the event, in which the President of the Club, Josep Maria Bartomeu, the Vice President, Carles Vilarrubí and the Culture Minister of the Government of Catalonia, Santi Vila, participated. A surprising artistic spectacle with combined forces, opera, music and live painting, completed the evening.

The FCBARCELONA PHOTO AWARDS are sports-themed awards, aimed at top-class artists that use photography as a creative vehicle, as well as professional photographers and photojournalists that see sports as a way of artistic expression. The goal is to identify photographic work that consciously reflects the positive values intrinsic to sport and have been created in order to give recognition to those values seen through the lens of the best contemporary photographers.

The awards have two modalities: the Photo Award, for a single photograph and the Project Award, for the idea of a photographic project to be realized. Both categories are endowed with a prize of €40,000 for the winners.

The awards have a jury of great international prestige: 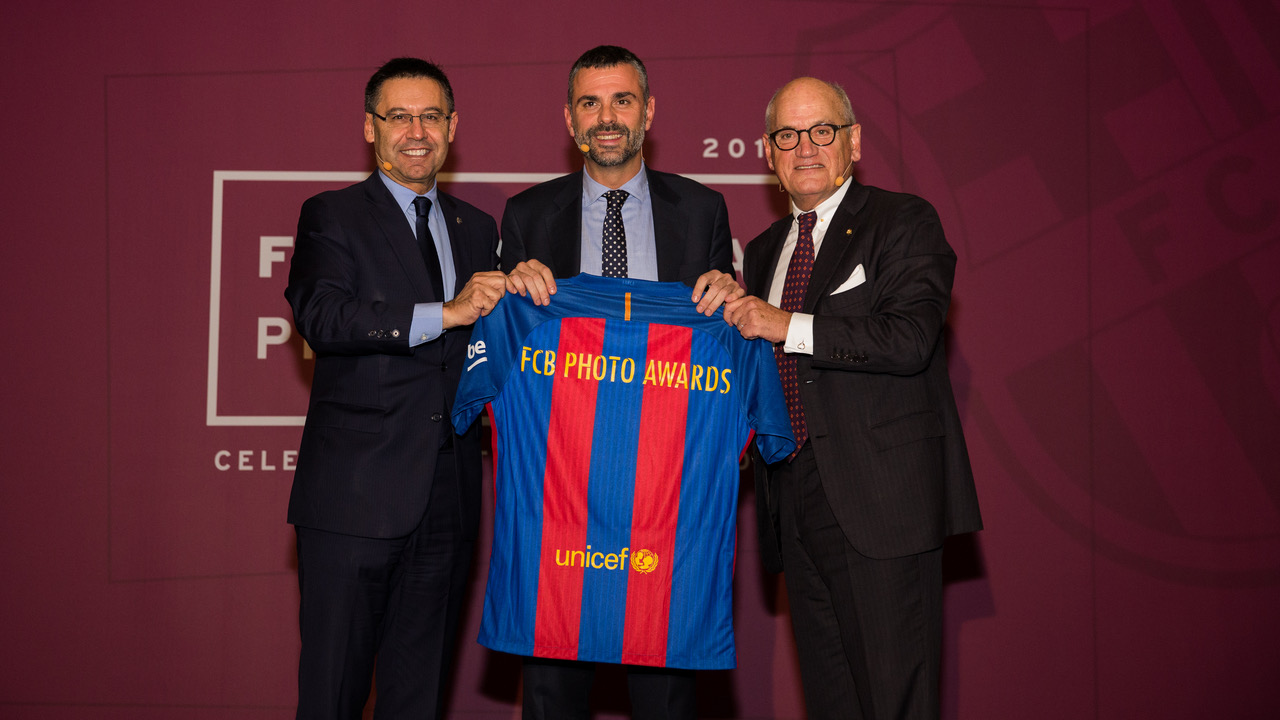 The President of the Club, Josep Maria Bartomeu, the Vice President, Carles Vilarrubí and the Culture Minister of the Government of Catalonia, Santi Vila

Statements by Josep Maria Bartomeu, President of the FC Barcelona

“Barça has a enormous ambition in the cultural world. It has collaborated in theatre, cinema and now photography projects, because we are looking to consolidate this work. Hopefully in a few years this award will be a benchmark within the world of sports photography.”

Statements by Carles Vilarrubí, Vice President of the FC Barcelona

“Sometimes there are prejudices in the world of sport in terms of values. The Club seeks to reward the artistic manifestation through photography, which has to do with the values that FC Barcelona injects in the education of its athletes.”

Statements by Santi Vila, Minister of Culture of the Government of Catalonia

“I want to congratulate the FC Barcelona because with this initiative, not only they confirm to us that football is culture, but also that it can be an ambassador for values.”