The FC Barcelona photography awards are announced in the heart of New York, where they will be presented in late November 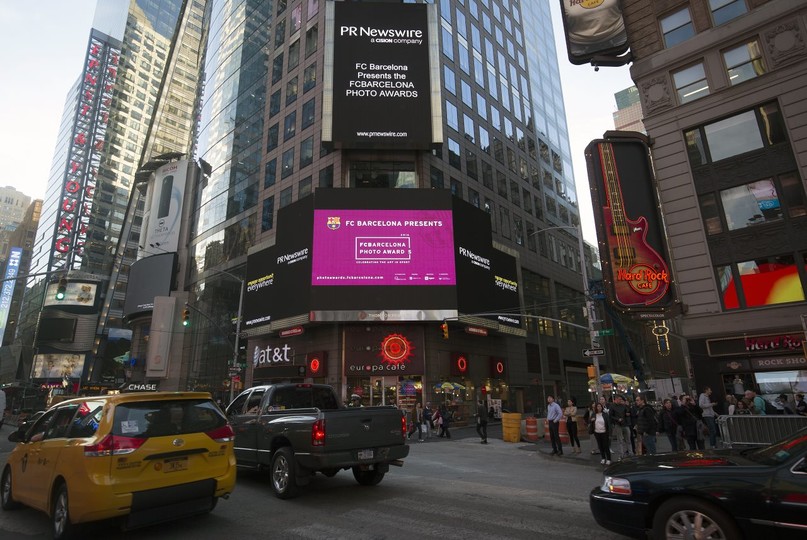 The FCBarcelona Photo Awards, presented in the heart of New York City

The FCBarcelona Photo Awards have arrived in the United States. They were announced this week in Times Square, one further step towards the goal of creating a global photography platform, and which communicates their importance and contribution to the positive values shared by sport and culture in modern day society. This action in New York is the first step towards the presentation of the awards in the city in late November, and which shall be attended by the vice-president responsible for the International and Institutional Relations Area, Carles Vilarrubí. As part of the global vocation of the FCBarcelona Photo Awards, they were presented this week at an event held in Paris. The event, which coincided with the holding of Paris Photo in the French capital, took place in the Jean-Denis Walter Gallery, the only one in Paris that specialises in sports photography. It was attended by Vicente Todolí, the president of the jury of the single photo category in the awards. During their speeches, both Carles Vilarrubí and Jean-Denis Walter highlighted the importance of building bridges between the worlds of art, sport and culture and called for the Awards to be widely promoted in order to achieve the highest possible participation in both categories. 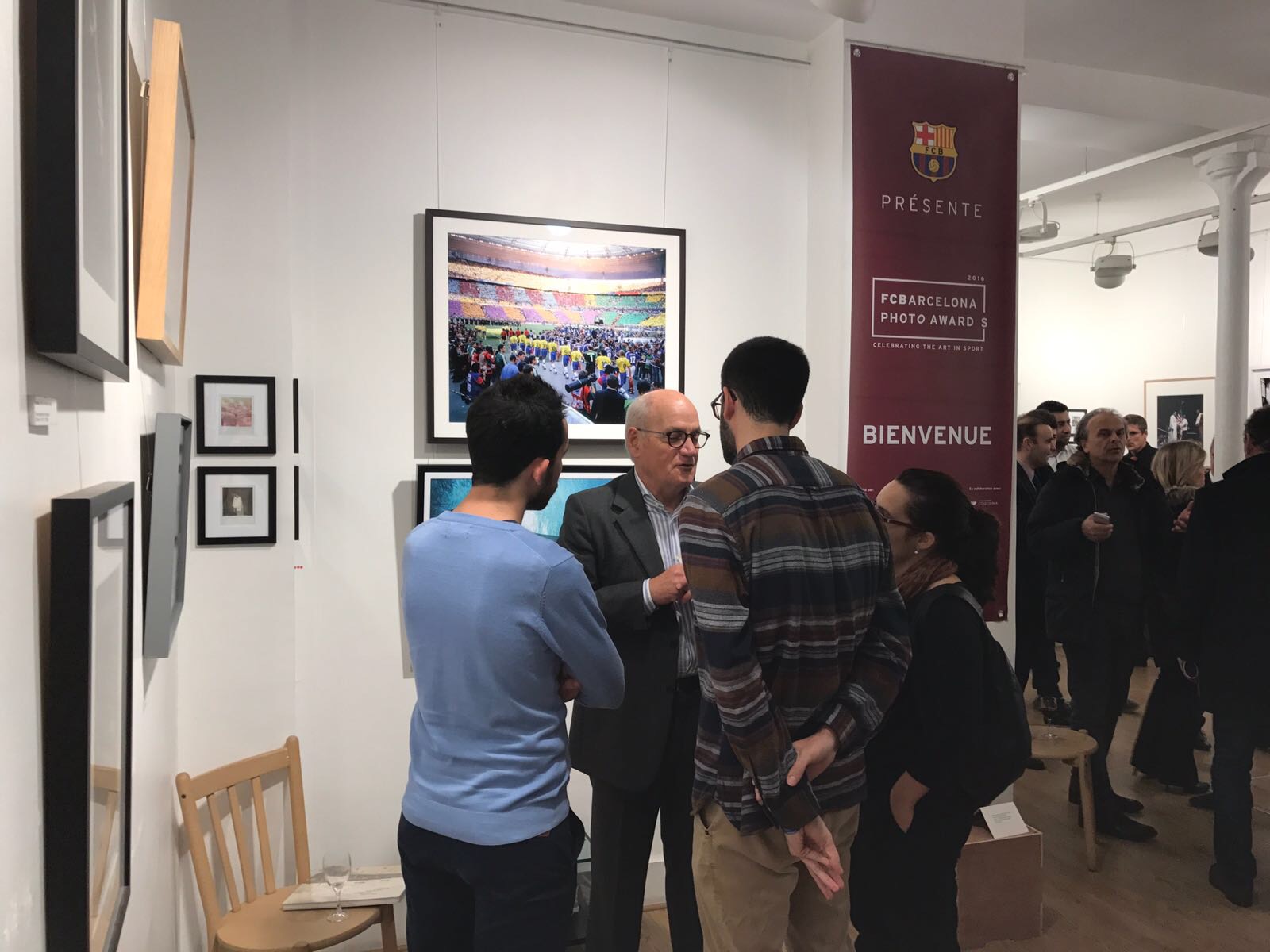 Vice-president Carles Vilarrubí, during the presentation of the FCBarcelona Photo Awards in Paris on Thursday

The FCBarcelona Photo Awards are sports themed photography awards aimed both at artists that use photography as a creative tool and at professional and photo-journalists that view sport as a form of artistic expression. They seek to identify photographic projects that reflect awareness of the intrinsically positive values of sport and have been created in order to recognise these values as seen through the lenses of the greatest contemporary photographers

The FCBarcelona Photo Awards are divided into two modalities:

This modality is aimed at photographers with an accredited career in the media, photography agencies or in the art world, and reward the photograph that best expresses the positive values of sport, with a particular focus on non-professional sport. A first prize of €40,000 will be awarded and there shall also be 29 finalists that will receive €1,000. The winning photo, as well as the finalists, will form part of an exhibition to be organised by FC Barcelona from April to June 2017.

This modality is addressed at photographers with an accredited career in the media, photography agencies or in the art world, as well as those that have experience in project development. The winner will receive €40,000 to be used to make a reality out of the photography project that best expresses the intrinsic values of sport and its contribution to modern society. The winning project will be undertaken from March to October 2017 and shall be displayed along with the winning photographs in the PHOTO AWARDS modality in the 2017 edition.

“I know that by holding Paris Photo and Fotofever, the city is full today of art-related events, and I would like to especially show my gratitude for the huge support that you have given to the project by being here tonight. FC Barcelona has always wanted to build links with the world of culture and we trust that this initiative will help to build bridges between the two worlds”.

Statement by Jean-Denis Walter, owner of the gallery of the same name

“I would like to thank Mr Vilarrubí for coming here tonight, showing that art knows no limits. I also congratulate FC Barcelona for setting up an initiative like this, which will help to break down the barriers between art and sport. From my experience, I know how difficult it is to unite the two worlds”.